The different looks of the Saigon riverbanks

VietNamNet Bridge - District 1 is brilliant at night with skylines buildings, while the District 2 riverside is deserted, dilapidated though land for the urban project which is expected be the most beautiful in Southeast Asia has been cleared. 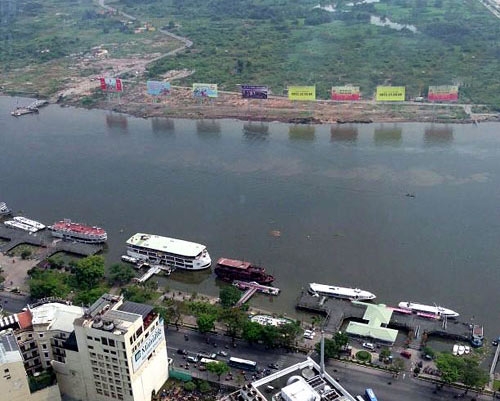 After three years of implementation, the Thu Thiem New Urban Area on the bank of the Saigon River, in District 2 is at a standstill. The land becomes deserted with grass and sprawling piles of bricks and construction materials. On the bank in District 1 are buildings, boats and bustling streets. 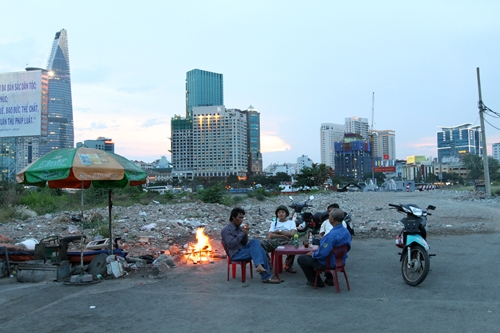 When the city is about to light up, four xe om drivers at the gate of the old Thu Thiem Ferry light fire to chase mosquitoes. They have worked her for many years, since District 2 was not cleared for the Thu Thiem urban area project. 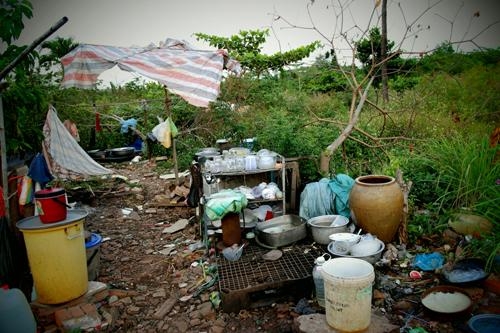 A family that collects scraps now lives precariously on the floor of their old house. After the land is cleared, they still live here because they have not found a new home yet. They do everything on the riverbank and sleep on a boat at night. 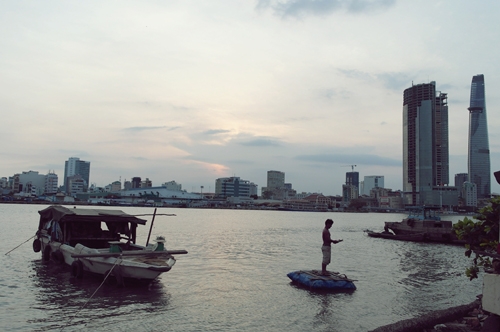 Along the Saigon River from Thu Thiem tunnel to the old ferry is the scene of solitude, with the boats of fishermen. Across the river is the crowded Saigon Port. 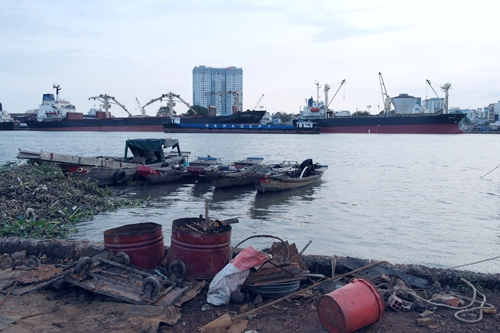 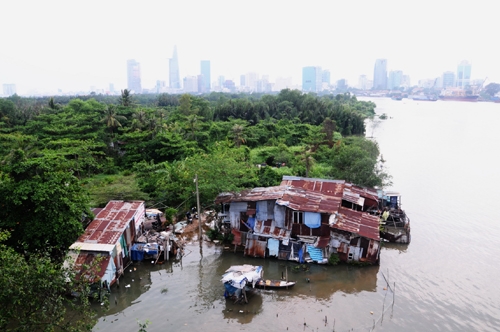 A few remaining slums on the bank in District 2. 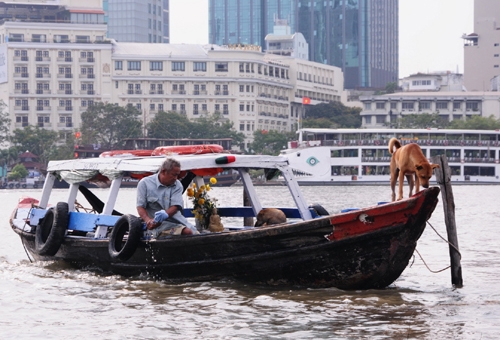 Many families live on wooden boats. 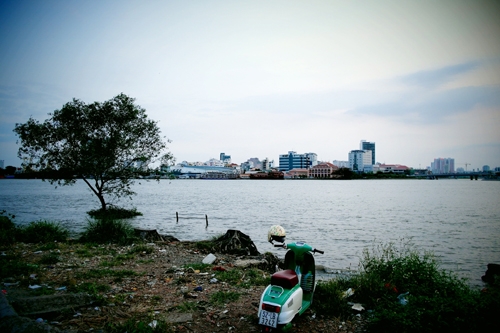 In the afternoon, some people drive motorbikes through the Thu Thiem Tunnel to this bank to enjoy fresh air and take pictures. However, when the city lights up, they hurriedly leave this site because it is dark and unsecure at night.