Offering a concise overview of Ho Chi Minh City’s history and development, the ‘Historical Dictionary of Ho Chi Minh City’ presents a comprehensive historical survey of the city in the form of an alphabetical list of keywords and names, with accompanying definitions. Both well-researched and authoritative, the volume draws upon a wide range of modern sources, and contains an introductory essay about the city, a chronology, a list of acronyms and abbreviations, photographs and appendixes of supplemental information.

Justin Corfield has been teaching history and international relations at Geelong Grammar School in Australia since 1993. 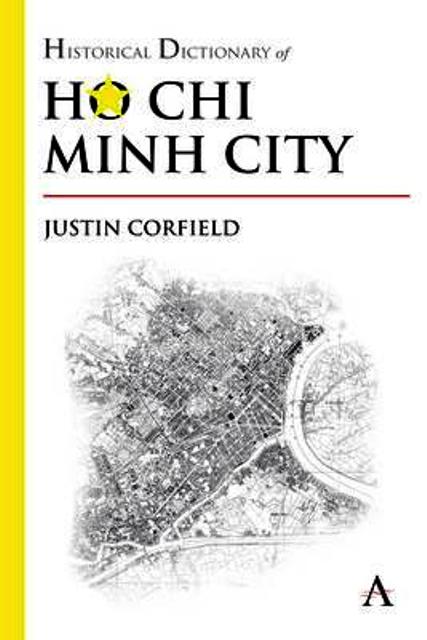 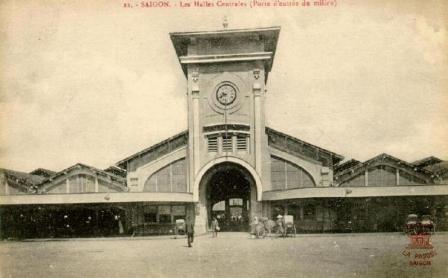 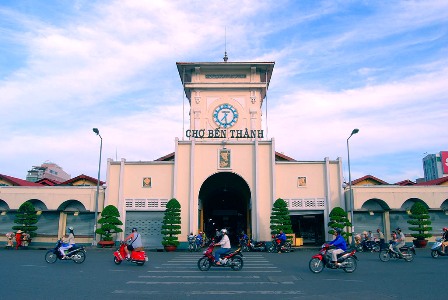 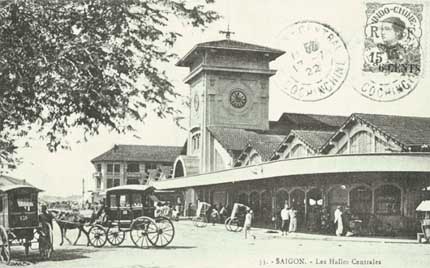 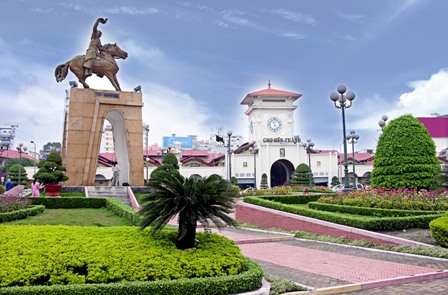 Ben Thanh: A market to die for

For close to a century, the Ben Thanh Market has been the heart of Ho Chi Minh City’s commerce, selling everything a person could want. Nguyen Ngoc Chinh takes a historical tour through this bustling marketplace.

The French built Saigon’s first market in 1859 on Ham Nghi Street – known as banking street – where the Banking Institute now stands. But the thatch-roofed, mud-floored Ben Thanh Market would burn to the ground in 1870, leading to the construction of a metal-framed facility, known today as Ton That Dam Market, seller of canned goods, drinks, toiletries and fresh foodstuffs.

It would be another 40 years before Ben Thanh would make its second foray into the world of commerce. In 1912, the French mayor of Saigon ordered construction of a new market on a 13,000-square-metre site at the end of Le Loi street, bordered by Le Thanh Ton Street to the north, Phan Boi Chau to the east and Phan Chu Trinh to the west.

When the Ben Thanh Market held its grand opening in March 1914, it reportedly broke all records for festivities at the time.

In his book, Saigon in the Old Days, first published in the 1960s, the late archaeologist and antique collector Vuong Hong Sen recalled, “The market opening ceremony drew large numbers of people from nearby provinces. Some people even joked: ‘I have witnessed the New Market – now I can die.’”

Until the 1950s, a railway station (now the site of the September 23 Park) stood next to Ben Thanh. The station served two main routes, one east-bound to Lai Thieu in Binh Duong province and the other to Cholon, Saigon’s China Town.

A railway station next to Ben Thanh Market

Opposite the market’s main South Gate is the traffic roundabout called Quach Thi Trang Square. The square is named for a Buddhist girl killed during protests against Ngo Dinh Diem’s Catholic regime in 1963. A small marble bust of Trang stands on the spot where she was killed, alongside an equestrian statue of Tran Nguyen Han, an army general who first used carrier pigeons, considered the founder of Vietnam’s telecommunications.

The market underwent a major renovation in 1985 to give it a fresh look. Of the market’s four gates, the Southern Gate at Le Loi Street, with its belfry and clock, remains the main entrance. The gate has also become a symbol of the city itself.

Over nearly a century of development, Ben Thanh Market has become the most prosperous commercial centre of Saigon and the Mekong Delta provinces. Even now, as modern shopping centres and supermarkets march into the city, Ben Thanh is still the place to go to find all of the city’s essentials, from food to eat to clothes to wear.

An overpass built in front of Ben Thanh Market before 1975

But as its fame has soared, so have its prices: Ben Thanh is considered ‘the market for the rich’, as its goods cost more than Saigon ’s other markets. And bargaining is a problem for shoppers who don’t know the exact value of the goods they want to buy.

Even so, shoppers and tourists alike flock to browse and buy the market’s tropical fruit, Vietnamese fine art and souvenirs, ao dai (traditional Vietnamese dresses) and conical hats, foods and spices, meat, fish and vegetables, not to mention to sample its many food stalls.

According to Pham Van Tam, deputy chief of Ben Thanh Market’s Board of Control, the market’s 1,500 stalls are mostly owned by private businesses. Gates open at 4 am when the vegetable and food shops start business for the day, with the rest of the market coming to life at 6 am. It shuts down at 8 pm.

Tam says that nowadays, the board rarely has to settle shoppers’ complaints since stall owners began applying ‘shopper-pleasing’ policies.

“We believe that shoppers will find their transactions satisfactory at Ben Thanh Market,” he explains. “We operate under the principle that honesty is the best policy.”

Recently, Ho Chi Minh City People’s Committee decided to turn the areas in front of the eastern and western gates into a night market serving food and drink and selling souvenirs and fine art. Night street markets have been fashioned on the streets facing the western and eastern gates, where garments, footgear, ceramics and toys are sold until midnight. The night market has reinvigorated the area with evening diners and shoppers.

With these extended hours, and the endless variety of goods for sale, each passing shopping day sees Ben Thanh Market live up to its motto: “If we don’t have it, you don’t need it”.